The Most Historic Homes in Charleston, SC 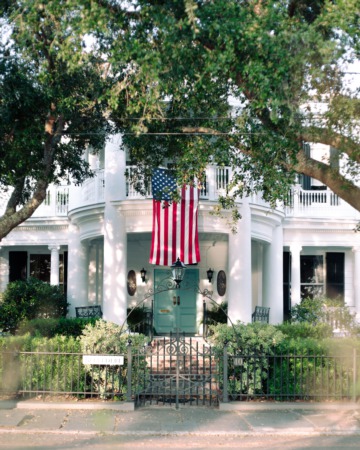 There are a lot of historic homes in Charleston that are totally unique. The design inspiration behind most of these houses comes from different eras such as the Victorian, Gregorian, Renaissance, and Antebellum among many others. If you are in the Charleston area and you are interested in exploring the most vintage Charleston homes, here are just a few that you should add on your list:

Operated by the Charleston Museum, the Joseph Manigault House is one of the most famous attractions in Charleston. The Manigault House was designed by the American architect Gabriel Manigault, who designed it for his brother, Joseph. Besides calmness, the house has a 19th-century suburbian look that makes it stand out from the rest and serves as the perfect example of a building with an Adam style architecture.

It's located on Church Street, as part of the Broad neighborhood. Besides decorative arts, the house has a lot of great views that are must-see. It was built in the 1770s with a vintage Gregorian style that can give you a glimpse of the inhabitants' lifestyle during the Antebellum and Renaissance periods.

It's also known as the Robinson-Aiken House and William Aiken House. Built in the 1820s, the house is all about authenticity and tropical vibes. This historic house museum served as the home of South Carolina's 61st governor William Aiken Jr. Now owned by the Historic Charleston Foundation, the Aiken-Rhett House has a Greek Revival style which was inspired by the Victorian era.

Nathaniel Russel was a wealthy merchant as well as a slave trader. This house was built in 1808 and just a century later became a National Historic Landmark. It's known as one of the most valuable Neoclassical houses in America, and it was influenced a lot by the Adam style, which was highly popular during the beginning of the 19th century.

It was built in 1825 and served as the home to the famous Charles Edmondston, who was a famous shipping merchant. Inspired by the style of the English Regency, the Edmondston-Alston House also stands out with a significant Greet Revival architecture. Just after Edmonston built the house, it was sold to Charles Alston who was a rice producer and planter and also played a big role in the South Carolina Lowcountry.

The Magnolia Plantation (and Gardens) is very rich in history as it goes back to the 1680s, making it one of the oldest plantations from the South area. It was first developed by the Reverend John Grimke Dayton around the middle of the 19th century. The once ancestral home to the Daytons is now primarily known for its elaborate gardens that make it a must-see Charleston attraction.

Besides visiting any of the above-mentioned house museums, there are also plenty of different attractions in the city. Patriots Point, Waterfront Park, Rainbow Row, and Fort Sumter National Monument are just a few of the attractions that Charleston has to offer. It is also the home of Jeff Cook Real Estate, with which you can easily find or sell your home.

Moving to Charleston? Top Gyms to start the New Year

It’s that time of year again – that time when you review the past year and choose to improve your life with a New Year’s Resolution....Read More